Children have returned to find the school hall had been transformed into an imaginary world this morning.

The ‘Thing in the Hall’ as it has come to be known began twenty years ago, when Mrs Piotrowicz attended a course at The Playhouse which encouraged the use of creative environments for all aspects of the curriculum, especially writing. The staff transformed the hall using drapes and props, a tradition which has continued every four years since 1999, allowing each Westfield child to experience the environment at some point during their time at the Junior school.

This year’s themes link to Geography work with Volcanoes (Year 3), Floods in Venice (Year 4), Earthquakes (Year 5) and Mountains (Year 6). All the children were given time to explore and it was super to see their eager faces with lots of comments such as ‘This is brilliant!’ and ‘Is this really the hall?’.

Over the next two weeks, the classes will be timetabled into the hall to carry out curriculum work (including meeting a variety of different characters who will set the children some tasks!), school lunches will take place in classrooms and assemblies will also take place as reflective classroom time.

We would like to say a big ‘Thank you’ to all the staff who worked really hard to gather the props over the Autumn term and spent a full day on Friday creating the environment especially Mrs Clarkson who has overseen the project this year. Also to Mr & Mrs Craig for their hard work and advice with lighting and effects. I am sure the children will produce some super work over the next couple of weeks.

The awesome power of nature!

Behind the scenes - it took us a while to get everything set up, we even had to have our tea in school!!

Ready for the children to arrive!

A ‘mountain’ came to school today! Here are 3B taking on the challenge!

Mrs P coming back down! 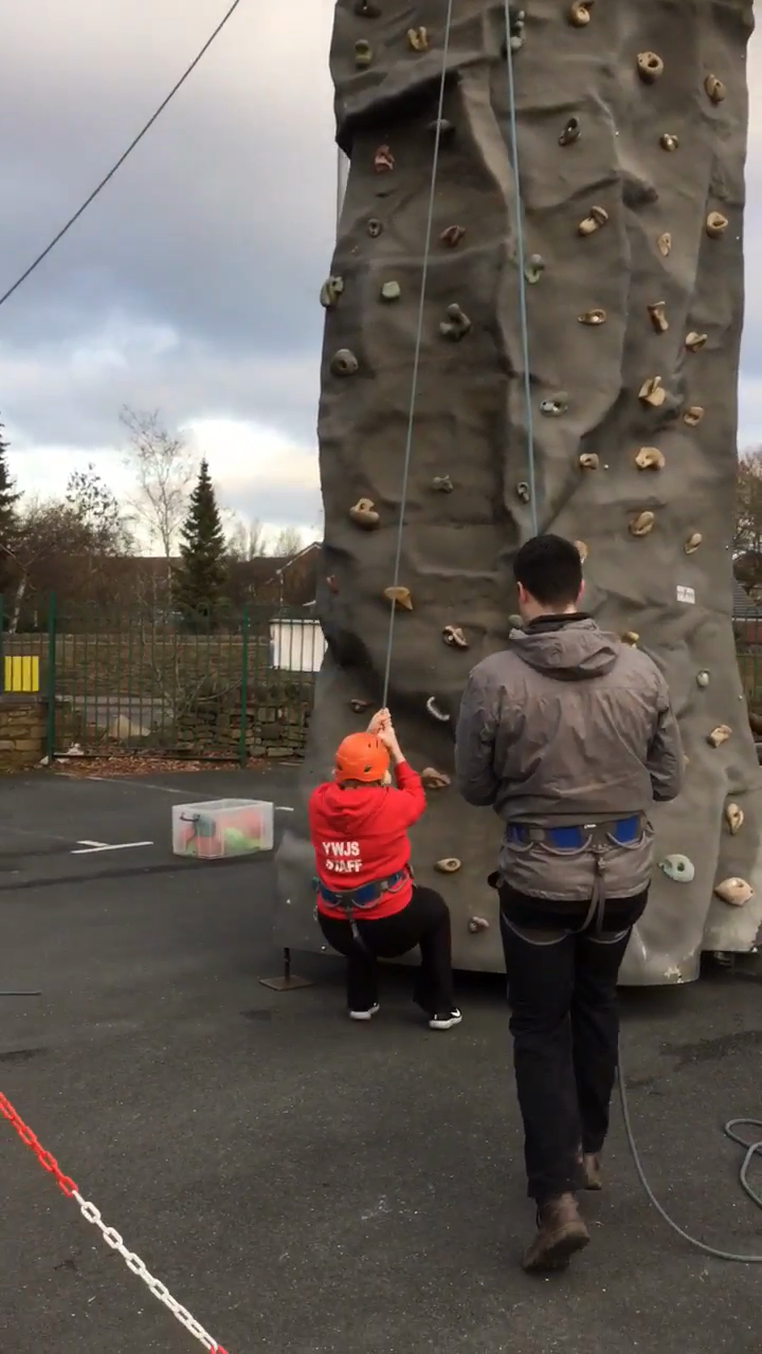 Even the staff had a go! 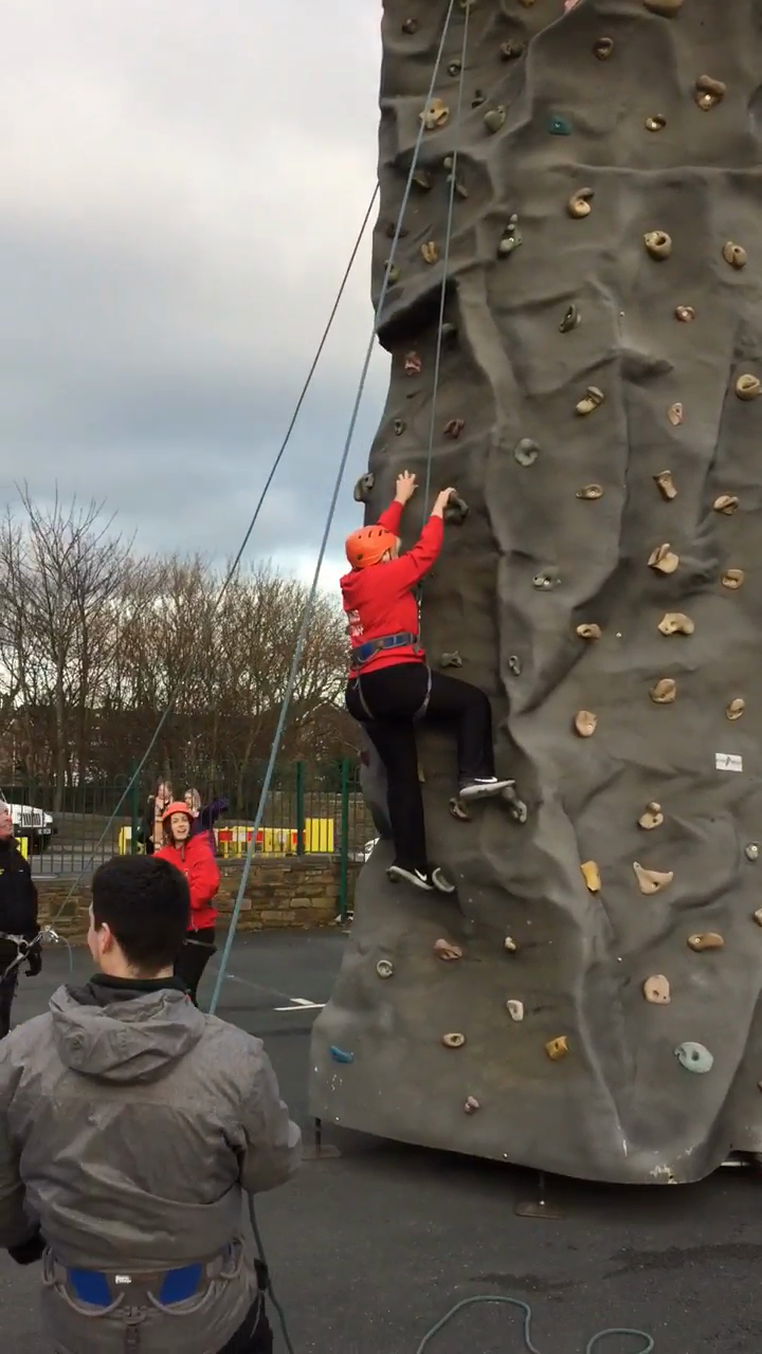 Miss Ferguson and Miss McGeoch raced to the top! 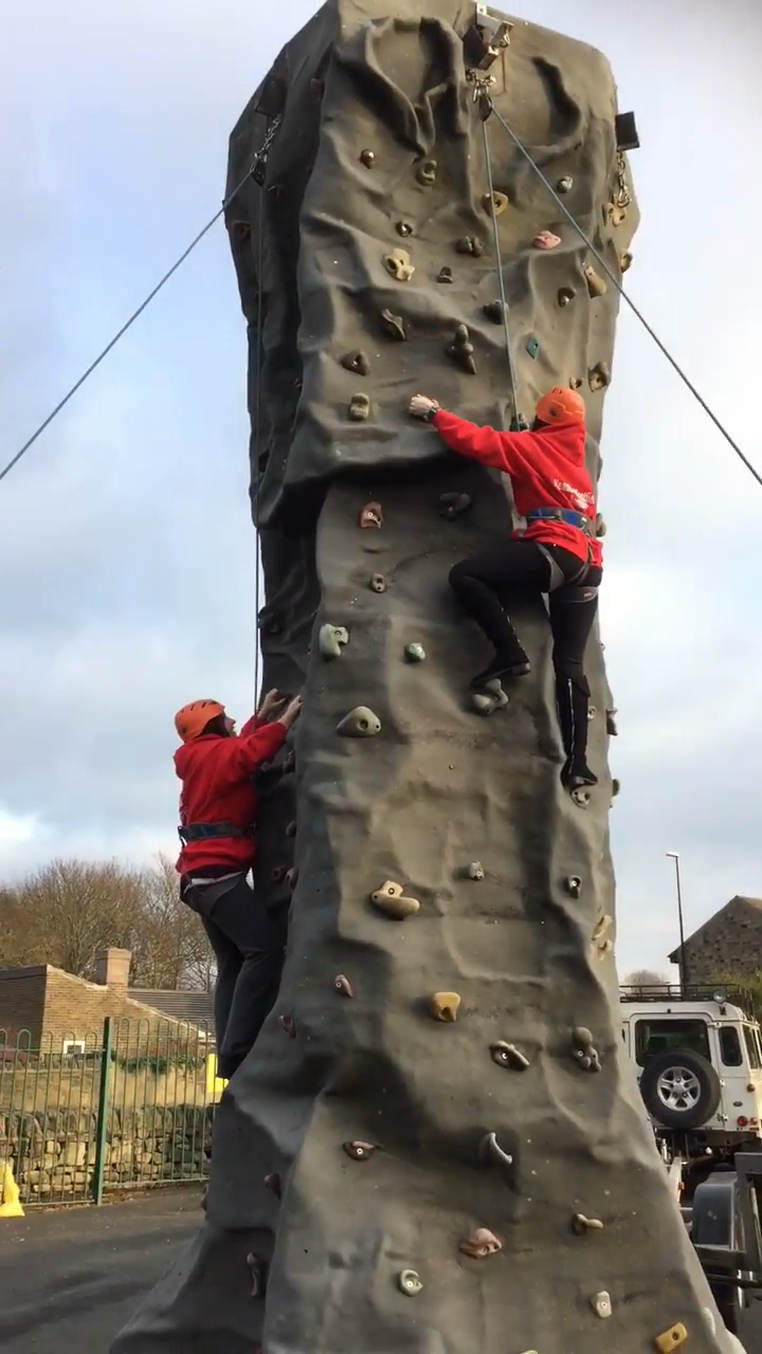 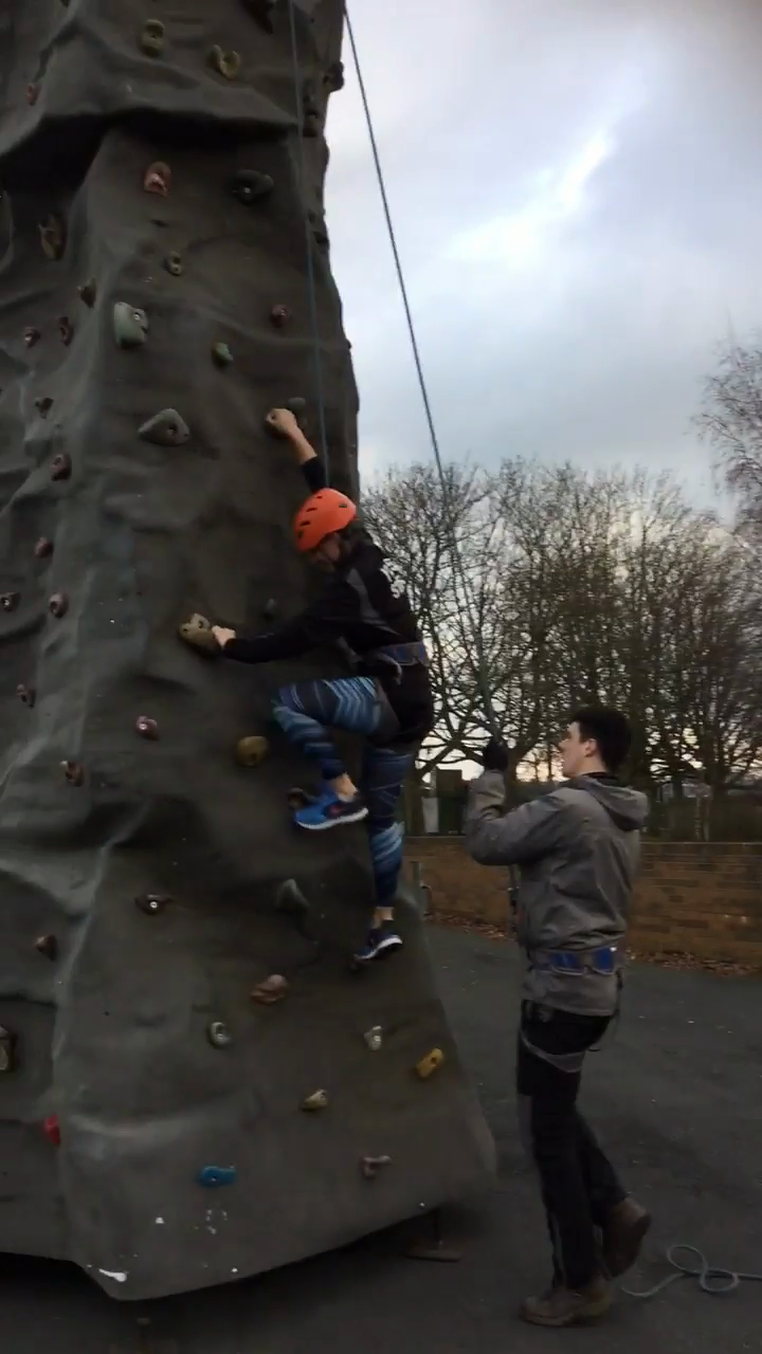 Year 4 entering for the first time.

Year 5 enjoyed sketching a small part, of an area of their choice, within the 'Our powerful planet'. Look how much we are concentrating.

Year 5 - Today we made our own Earthquake structures using mini marshmallows, cocktail sticks and jelly. We tested to see how Earthquake proof they were by standing them in some jelly...... it really was such a lot of fun (we enjoyed eating the marshmallows too!) 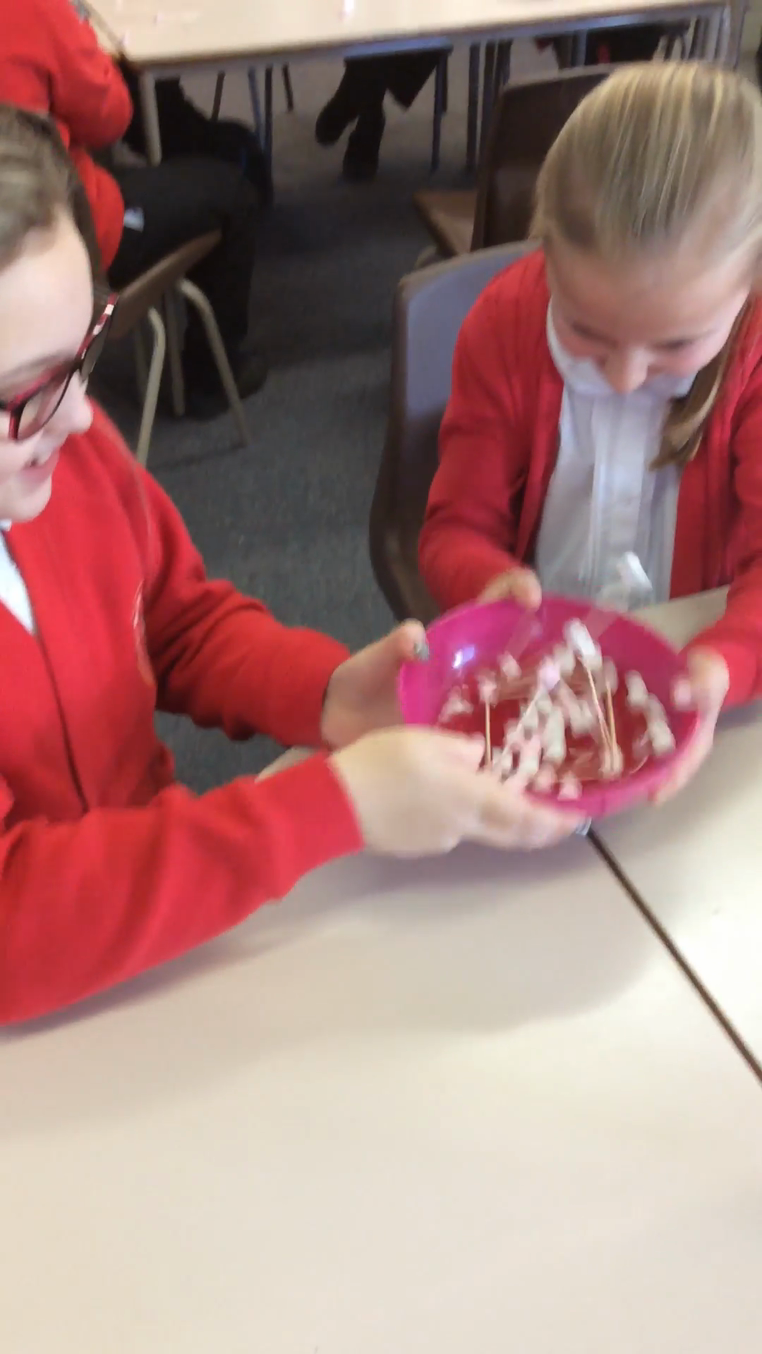 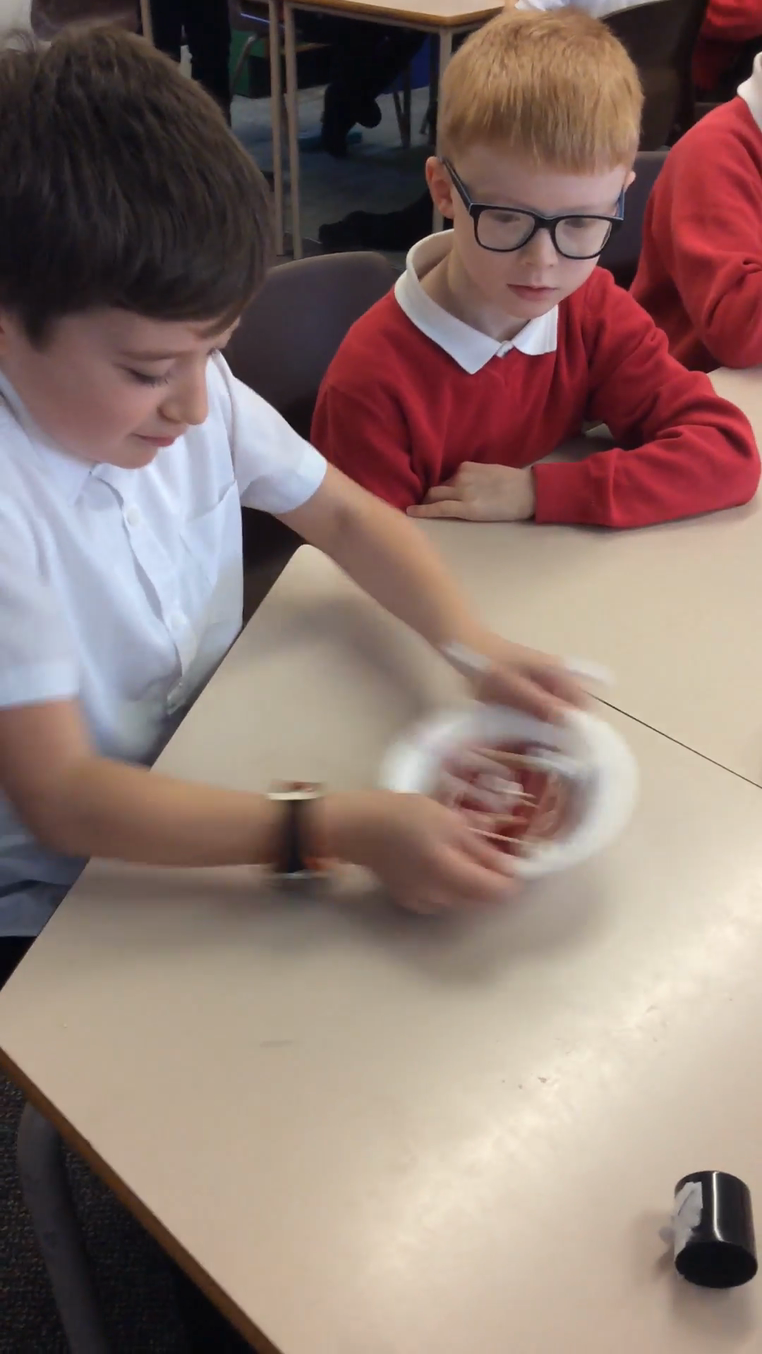 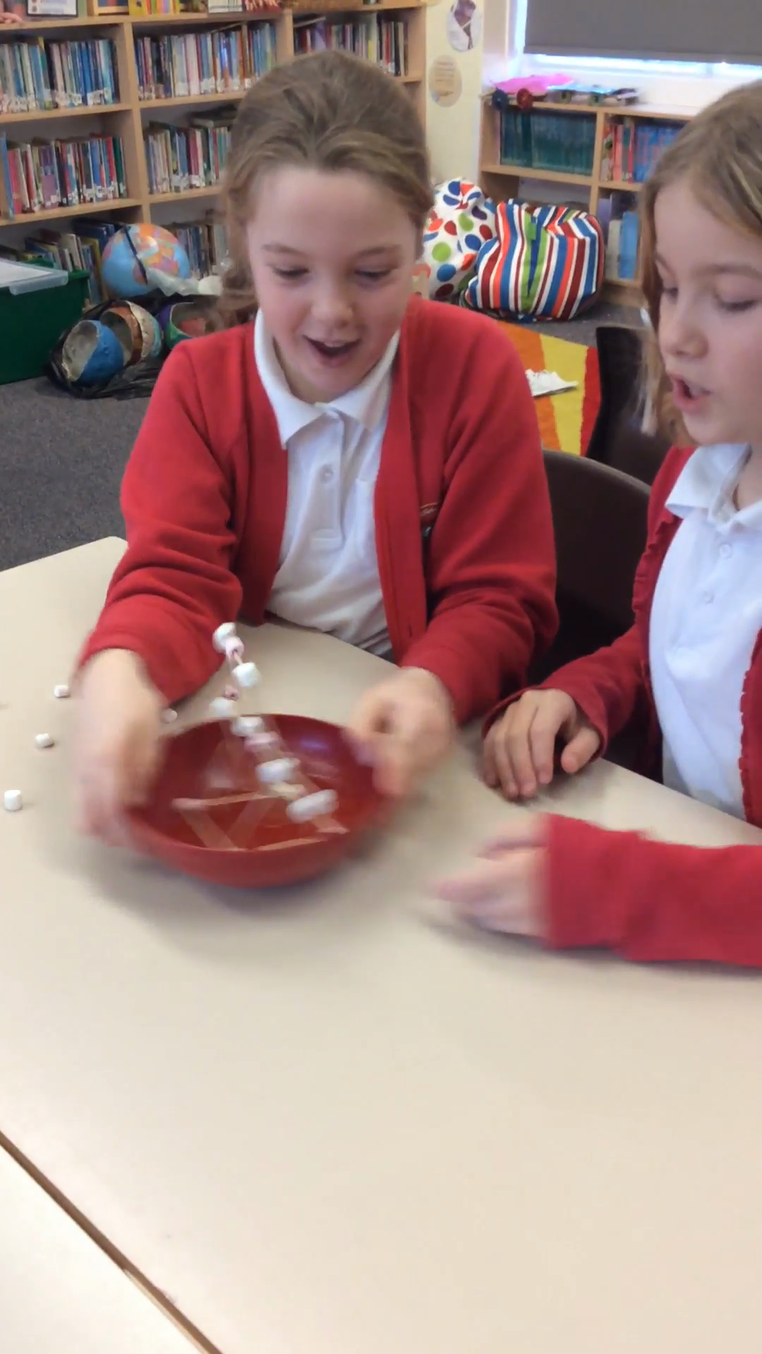 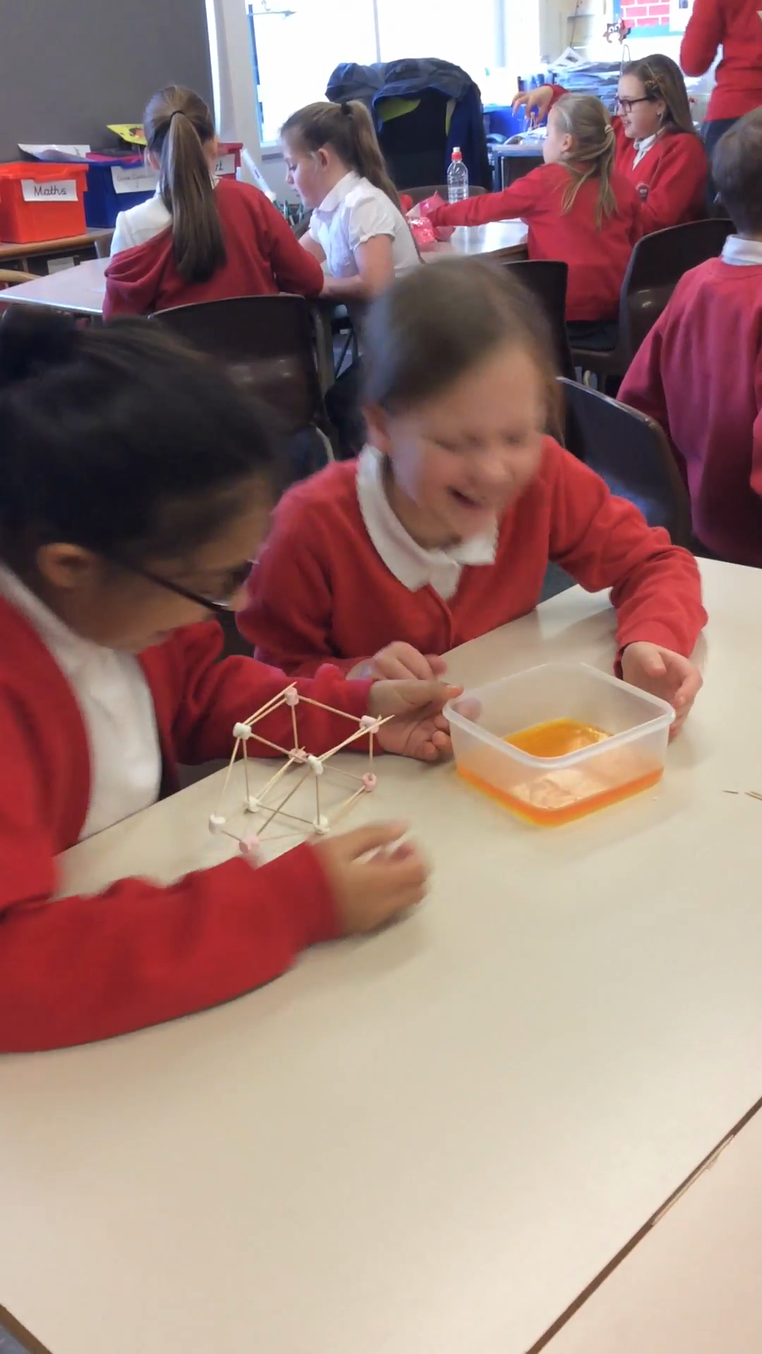 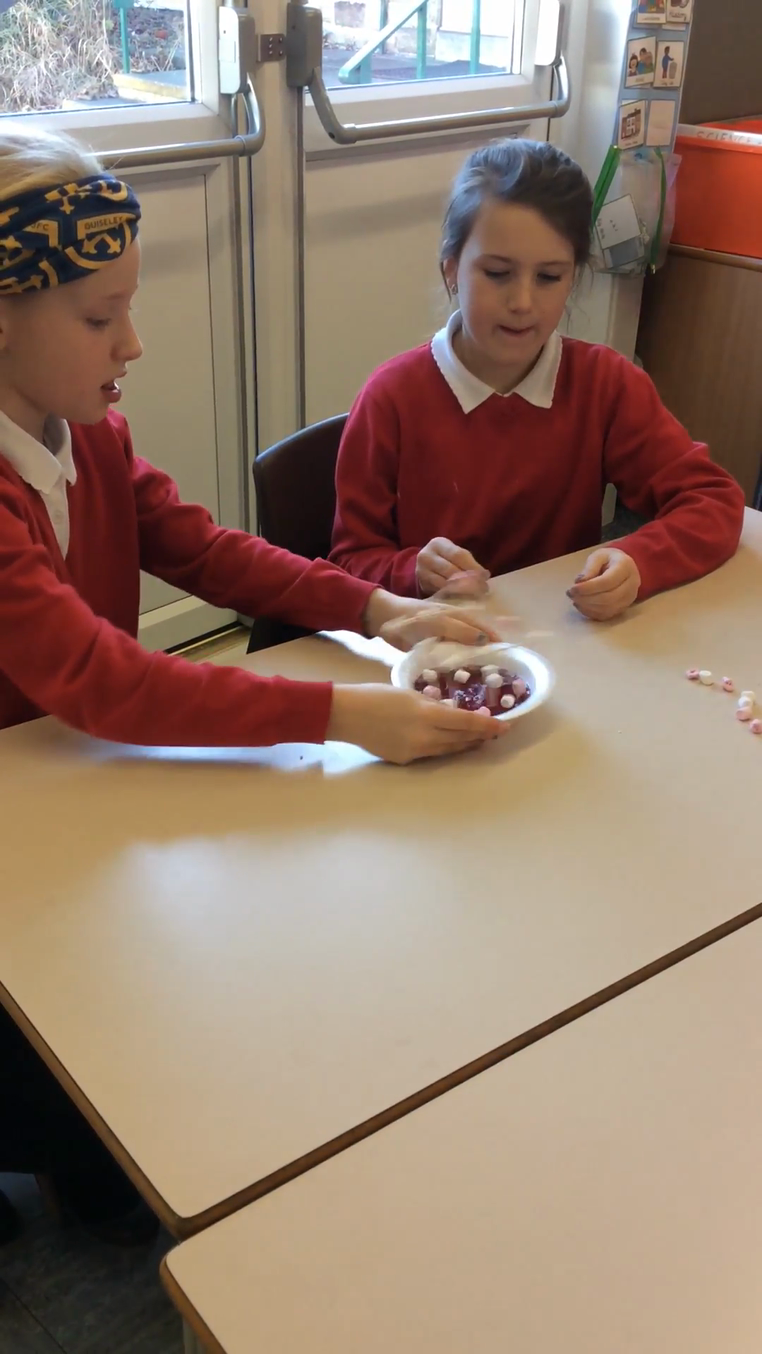 Year 5 Earthquake structures - Edie and Hollie (and a few spectators enjoying the treats!) 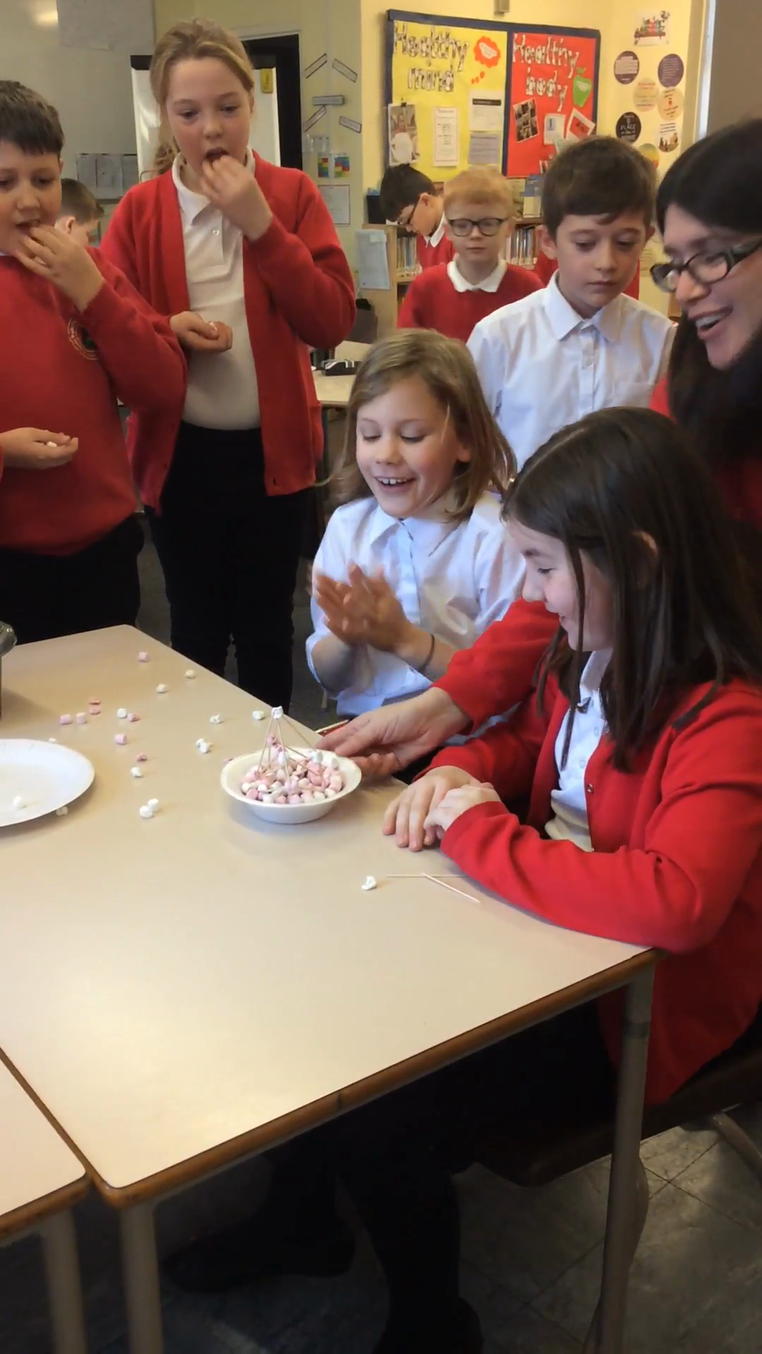 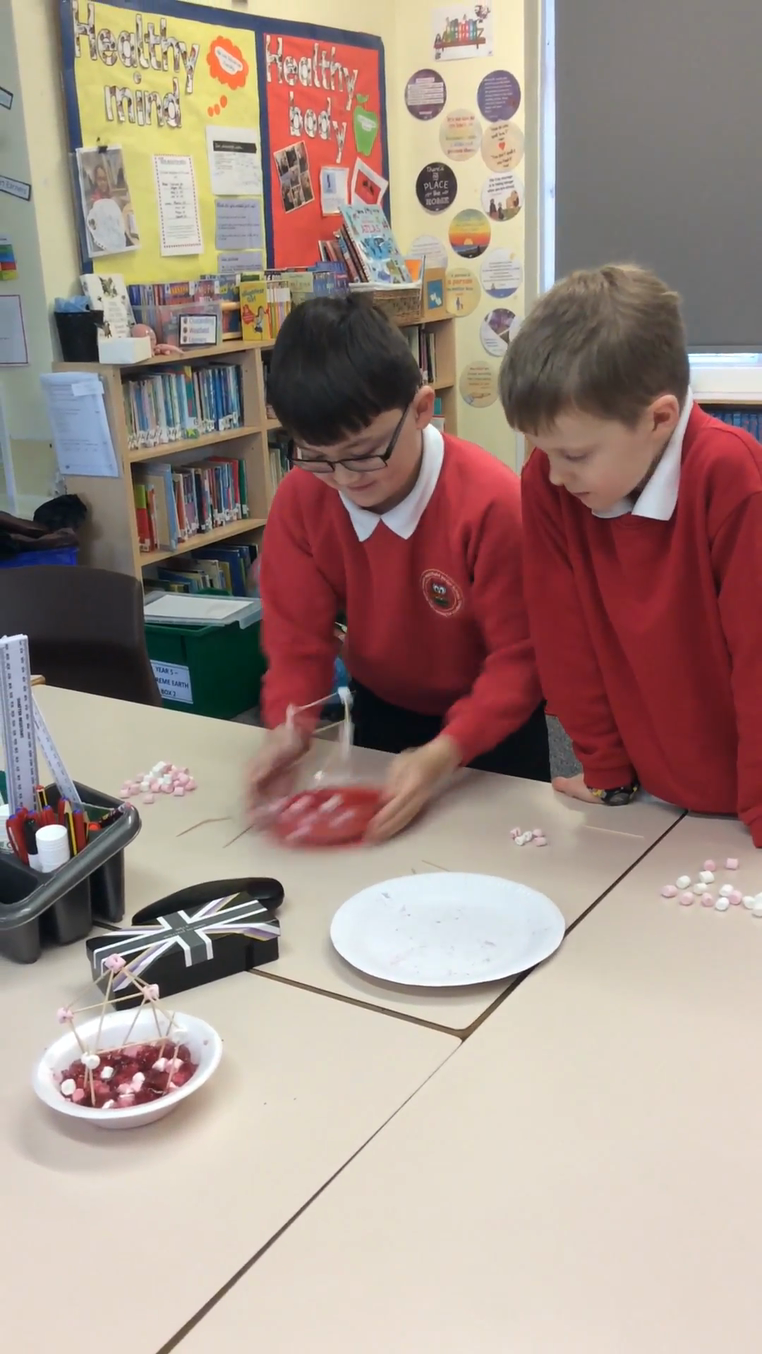 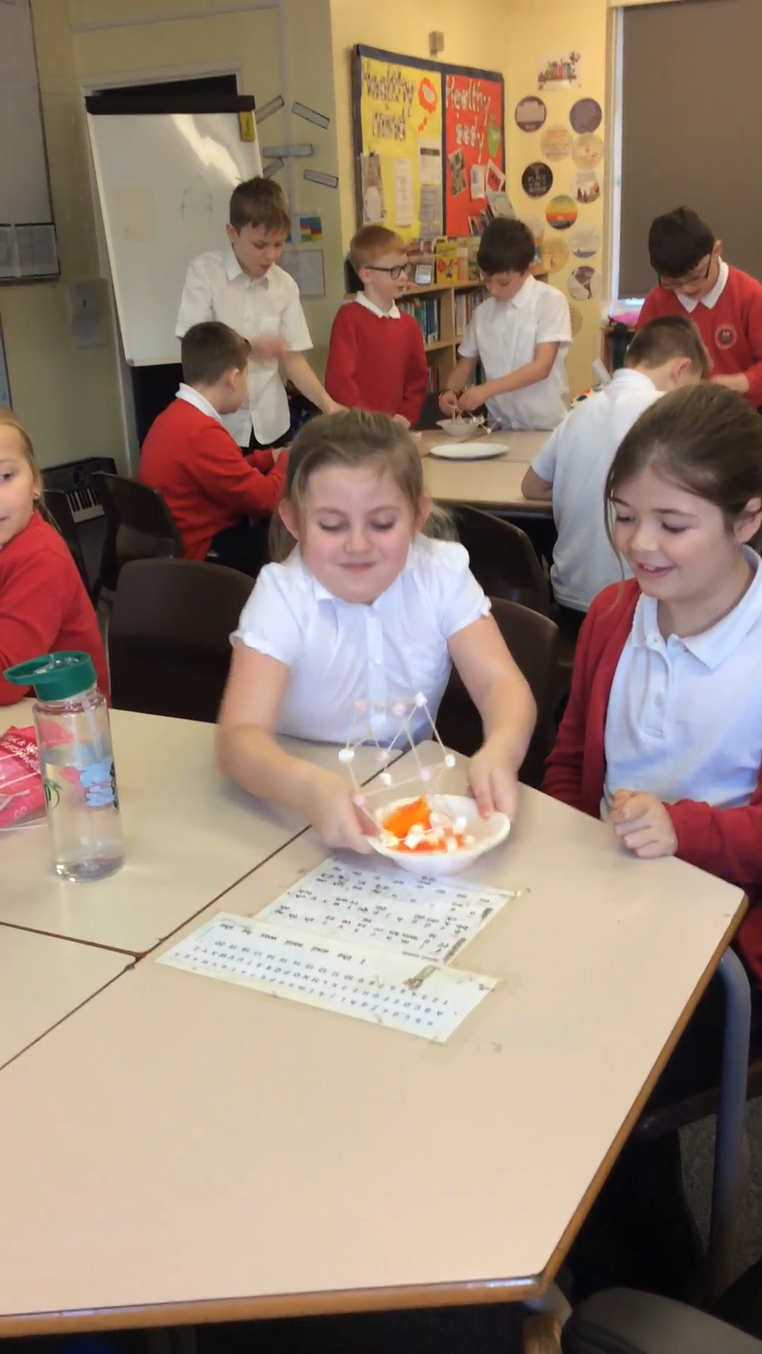